The store will not work correctly in the case when cookies are disabled.
Die Trends von Morgen bestimmen unser heutiges Handeln
Amazing things are happening here 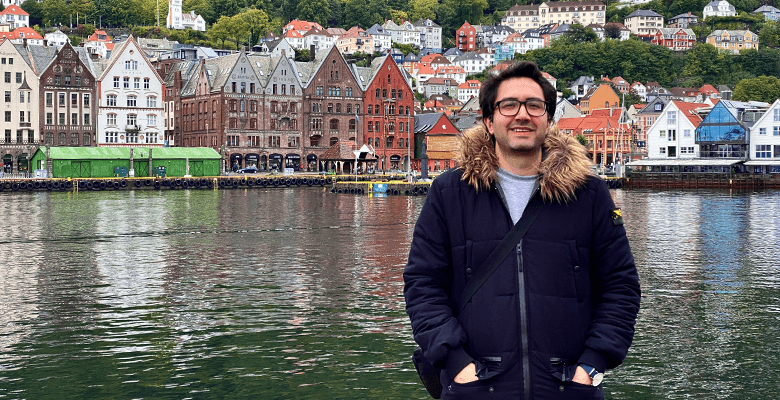 Please introduce yourself and tell me why you decided to become a developer?

My name is Keivan Karimi and I am 35 years old. I was born and raised in Tehran, Iran. I moved to Finland in 2011 and I lived in Finland for about 10 years. I studied IT in Finland. At first my studies were mainly focused towards network engineering, but after a while I switched to software development. I found out that software development has enormous potential for improvements and it is more fun to be a developer.

When did you start programming?

Back in school in Finland I was working on some small and fun projects such as runner game with JS. Later I started working in Jolla Oy in Helsinki and there I was part of a team to build automated tests for daily tests on Sailfish mobile OS. I can say that it is about 6-7 years that I am working as developer.

How did you become a Magento developer?

Literally by accident. I mean before becoming a Magento developer I had no idea about a CMS/platform/ecosystem called Magento (now Adobe Commerce). Back in Helsinki I was working in a consultant company called Crasman Oy and they decided to build a Magento team. Luckily, I was one of the early team members and since 2017 I am working on Magento projects.

How did you come to PHOENIX MEDIA Berlin?

Since 2019 my wife and I were planning to move to a bigger country to expand our options and career paths. After some considerations we noticed that Germany could be our 3rd home. After a while, both of us started looking for jobs in Berlin. Soon, I had the chance to have an interesting and friendly interview with Björn Kraus and I realized that PHOENIX MEDIA could be the next station in my working life. Since then, I am quite happy that I joined the company.

What exactly is your position here at PHOENIX MEDIA Berlin? Can you tell me something about your daily work? What do you do and to what extent does that help the agency?

I joined PHOENIX MEDIA as a full-stack Adobe Commerce developer. As a result, I work on different parts of a project. But my main focus is backend development. Most of the time I fix bugs/issues or extend and develop new modules and plugins for different projects.

Which projects are you currently in charge of?

Currently, I am working on multiple projects, but one of the biggest and exciting ones is MANN+HUMMEL.

What do you particularly like about PHOENIX MEDIA Berlin?

I joined the PHOENIX MEDIA team during the Covid-19 pandemic and I didn’t have much chances to meet my colleagues in person. We talk with each other on daily basis and we have regular meetings in Microsoft Teams. I enjoy discussing issues with them and giving/getting feedback to/from them. My colleagues are easy to work with and they are always open to changes and different solutions for our problems.

What do you love most about your job?

I enjoy working with Adobe Commerce and fixing/maintaining it. This huge ecosystem is pretty interesting to me. Every time I fix or build a new thing or change part of the project, I learn something new and get fascinated with how nicely each part of this enormous system is working together.

What qualities do you think you should have as a developer? What is essential for the job and why?

I believe that alongside all technical knowledge, a developer needs to have a bright vision for problems. She/He should be able to think out-of-the-box and offer the possible solution that fits the problem of the client. Being a team player is also another important characteristic of a developer.

Why should customers choose to use Adobe Commerce as their shop platform? Why do you think it is the right choice?

Almost always choosing a platform is highly related to the scale of the project and projects related to Adobe Commerce are not exceptions. I believe whenever a client needs to have a big sales platform and wants to have control over every aspect, Adobe Commerce could be a good choice.

How do you spend your leisure time?

My wife and I are pretty new in Berlin, Germany. Most of the time we go for a walk or cycle outside. Currently, we are participating in an intensive German course and we spend most of our free time on studying the German language. On weekends we grab a bite, usually a small sandwich, and cycle around the city to see new places.

Your favorite places in Berlin and why?

We have been in Berlin for about 4.5 months and we didn’t have a chance to visit many places yet. But so far, my wife and I enjoy walking in busy streets of Berlin such as Kurfürstendamm. Recently, we visited Grunewald and TEGEL. Berlin is quite a big city compared to Helsinki so I think it would take a while for us to visit every corner.